Written by Christine Watts
Updated over a week ago

While IDSing you may come across instances when you realize other teams are better equipped to address something than your own.

Pulling in another team’s expertise is a great way to ensure the issue is solved correctly the first time.

The Sending/Receiving Issues feature allows your team to delegate issues while maintaining visibility.

To send an Issue, click the title and open the details view. An arrow appears by the originating team name 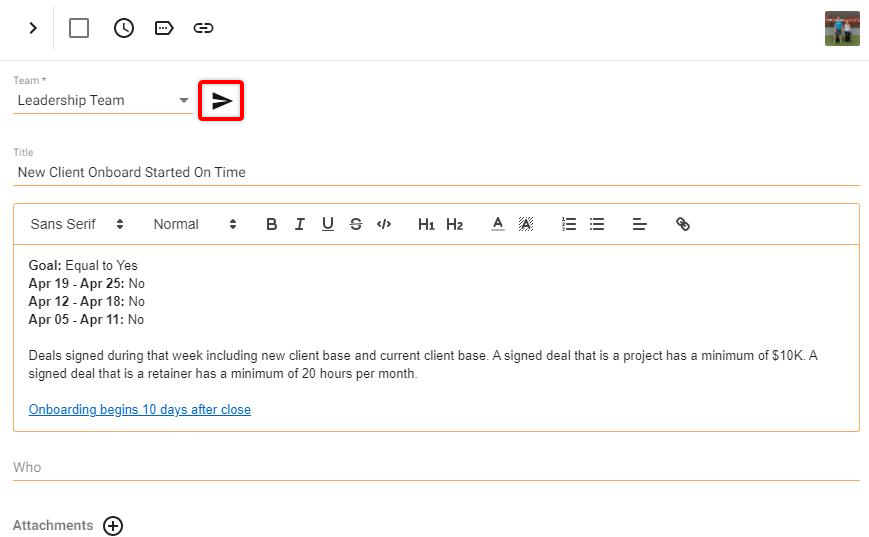 Select the team from the popup menu you want to delegate the issue to.

All issues delegated by your team are listed below your issues list.

All issues delegated to your team are listed above your issues list.

Receiving teams can update the description field with the steps taken to solve the issue, then send the issue back to the originating team. 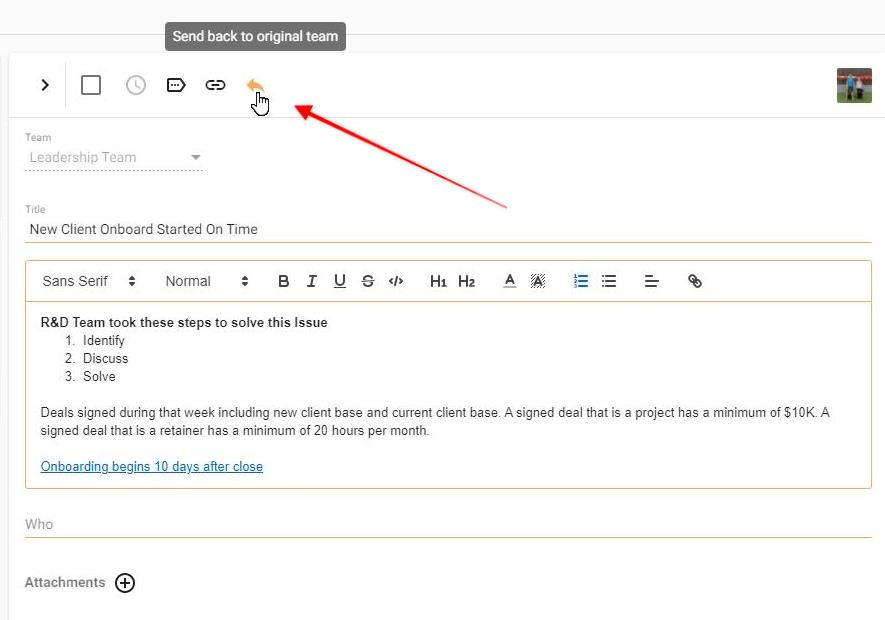 Once returned, the issue lands back in the originating team’s issues list.

The comments section below the issue automatically documents the issue

Did this answer your question?